Our coaches are all black belts in Shotokan karate.

Ashley started training in Shotokan karate at Cambridge University. He has trained with top instructors in Europe and the USA. He founded Just Karate and has been voted Cambridge Sports Coach of the Year. He is the author of several martial arts books, including The Shotokan Karate Bible. Other martial arts experience includes Jujutsu.

Carl started his Shotokan Karate training in 1997 with the SKA and the KUGB. He was graded to black belt in 2000 by Sensei Dave Sharkey of the EKO. 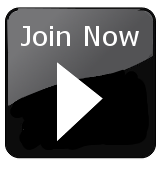